What could be a better way for me to spend a beautiful summer
day in July, but to spend the day at the Henry Ford Greenfield Village
in Dearborn, Michigan. I have been coming here since I was a child, as my
Dad worked in the Rouge Plant, and would bring us here for many
family outings. I have always loved coming here and as an adult still
try to come as often as possible.

Henry Ford Museum and Village is a large indoor outdoor history
museum complex. It is located in Dearborn, Michigan, which is the
Mecca of Henry Ford’s home and business complexes scattered close
by.

The Village consists of nearly 100 historical buildings that were moved
here from their original locations across the United States, to be set up
in a village like setting. The village includes buildings from the 17th
century to the present. Many are staffed with costume interpreters
who conduct period like tasks like farming, sewing and cooking.

Just as it was in the 1880s, the Firestone farm is a family farm where
people do seasonal chores and daily activities.
Benjamin and Catherine Firestone raised their three children on this farm,
including tire maker Harvey Firestone. The family made most of their
money in those days from the wool of wrinkly Merino Sheep.

The recreation of these hard-working farm hands doing their daily
tasks.

A couple of rooms from the Firestone Farm all decorated in the
Victorian style that was so popular in those times. 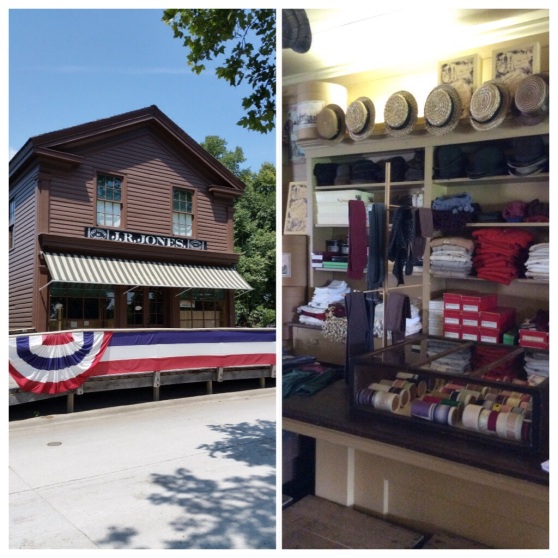 J.R. Jones was a General Store located in Waterford, Mi., on Anderson Rd
and Dixie Highway in 1886. It was moved from that location to the Village
in 1929. A lot of the items in the store was factory made, as that luxury
was just coming on the scene. Customers could also order items from
a catalog. 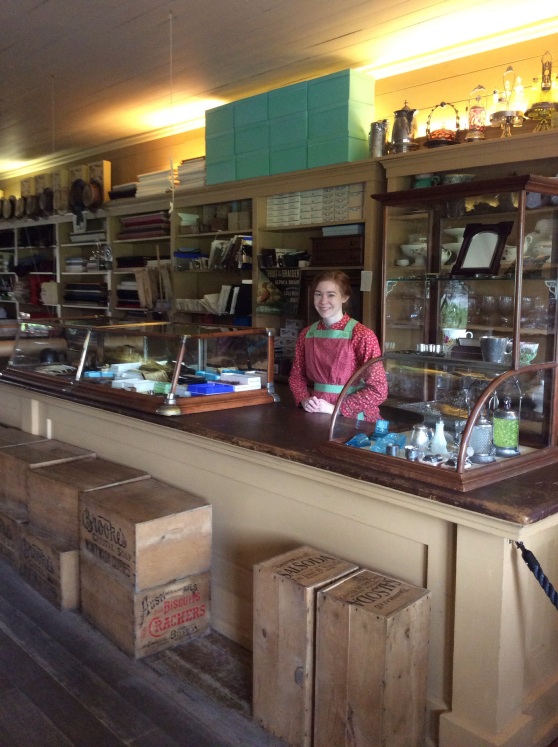 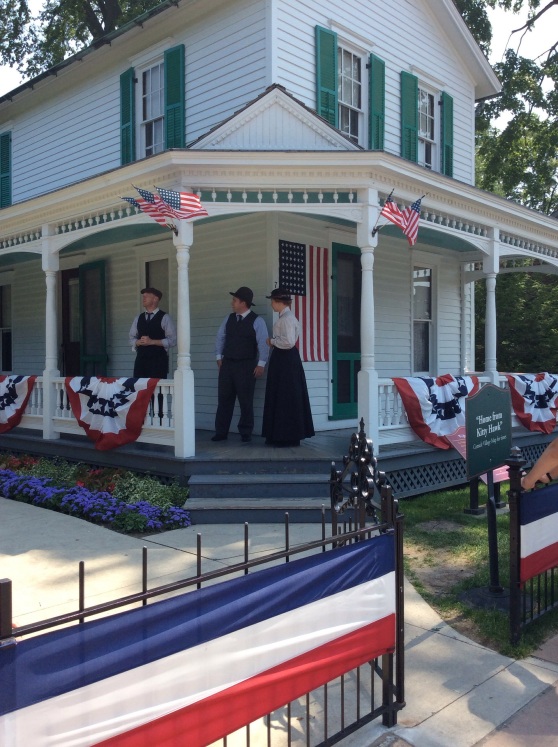 The Wright Brother’s bicycle shop and home which was bought and
moved by Henry Ford in 1937 from Dayton, Ohio. Orville and Wilbur
performing in a skit on their front porch with their sister reminiscing
about their first glider flight.

At the Village Town Hall we watched a performance of the Village Players
performing “Simply Gershwin”, singing his most famous songs, and also
a Cole Porter melody of songs performed in a 30 minute play.

The Cotswold Cottage is a Limestone Farm dwelling brought from Chedworth, Gloucestershire in the Cotswold Hills of Southwestern
England built approximately in 1620. Henry Ford purchased the
Cotswold Cottage in 1929. The house, barn and fences were taken
apart stone by stone and sent by ship to the United States. The house
is surrounded by Victorian flowers and is one of the most beautiful
picturesque buildings in the entire village. This has always been my
favorite building here and the flowers at this time of year were stunning. 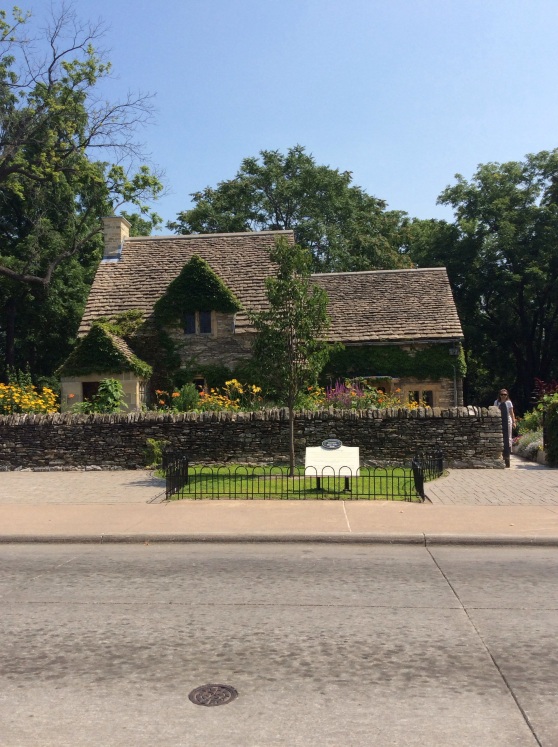 What a fun job they have. This couple rode these bicycles all day on the streets of the village.

The Mary Martha Chapel was built at the head and highest spot in
Greenfield Village by Henry Ford in 1929. The chapel has an elegant
pipe organ, towering ceiling, candle-lit chandelier and a doorway that
opens onto the Village Green. 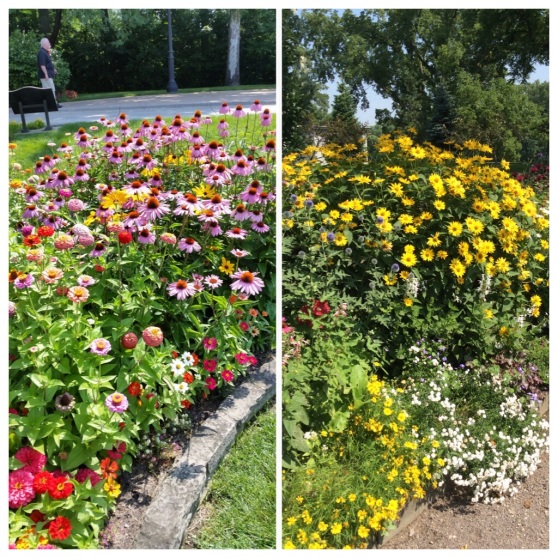 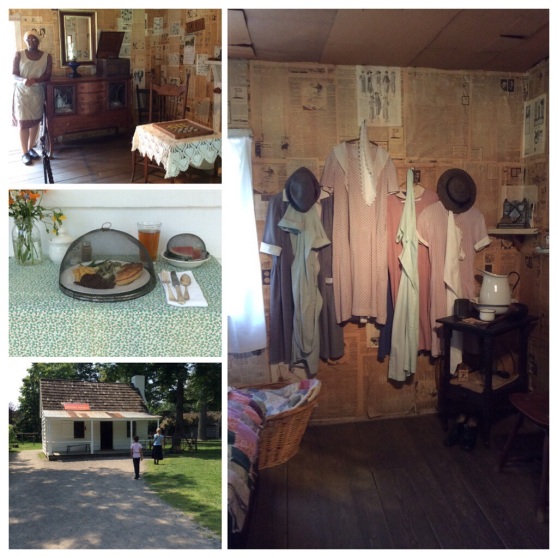 Built in 1879, in Bryan County near Savannah, Georgia by Andrew Mattox
and his wife Charlotte, both former slaves, was home to three generations
of the Mattox family. Here they raised their son Amos and his four
brothers and sisters.
Amos and Grace Mattox raised their two children in this farmhouse
during the early years of the depression of the 1930’s. Amos provided
for his family by doing many jobs and his wife provided food for the
needy. The family would line the walls of the house with newspapers
for insulation and cardboard on the ceiling to keep the room warmer.
Henry Ford would go to the family to purchase the family home for
the village and bought them another house to live in. 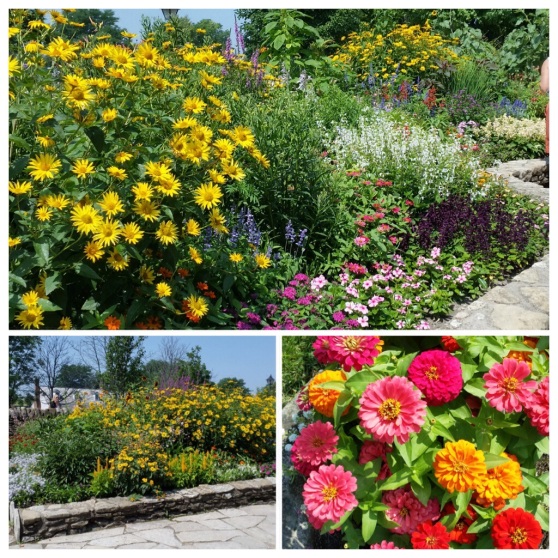 Greenfield Village is more than buildings and rides, it is home to more
than a dozen gardens, each owning its own particular touch to the
buildings around it. 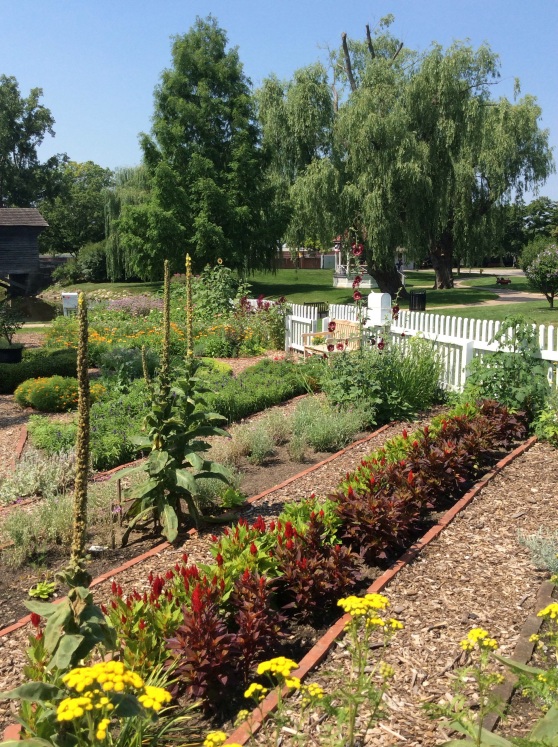 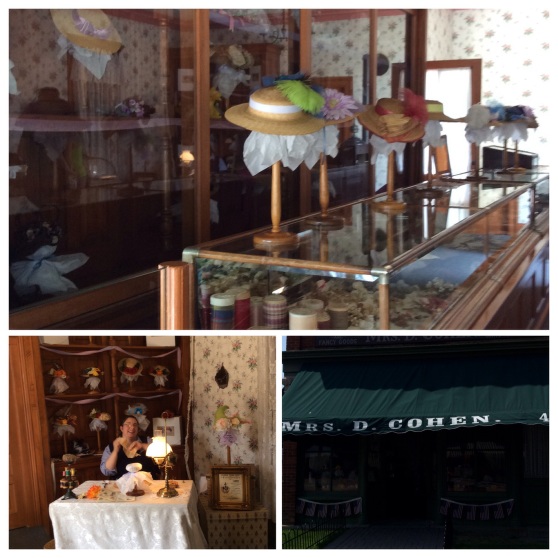 Henry Ford purchased Mrs D. Cohen Millinery shop in 1935. The shop
was located at 444 Baker Street In Detroit. It was here Mrs Cohen made
her living decorating women’s hats from 1892 and 1903. 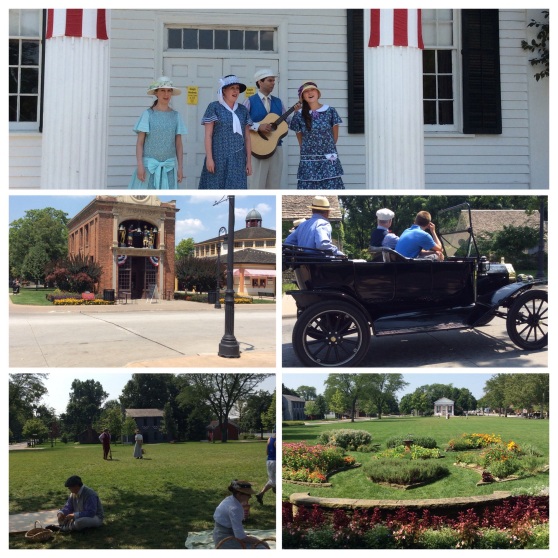 This just touches on a small portion of what the Village offers. There
was so much more and then some.
Henry Ford had a vision and created this wonderful historical,
informative, fun, and exciting place where we can all learn a bit of
history while basking in its beauty and riches that Greenfield Village
has to offer.

“I am collecting the history of our people as written
into their hands made and used. . . When we are through, we
shall have produced America’s life as lived, and that, I think, is
the best way of preserving at least a part of our history and
tradition”. Henry Ford