As the anniversary of the death of Princess Diana is a month away
it reminds me of my visit to her ancestral home, Althorp Estate, where I would spend a day touring her home and burial site.

It was at the end of a Baltic Sea Cruise that we would spend four days
in London, and decided that would be the perfect time to hire a driver
and spend the day at Althorp. So on an early Thursday morning our
driver picked us up from our hotel and we were off for the one and
a half hour drive to the Estate. 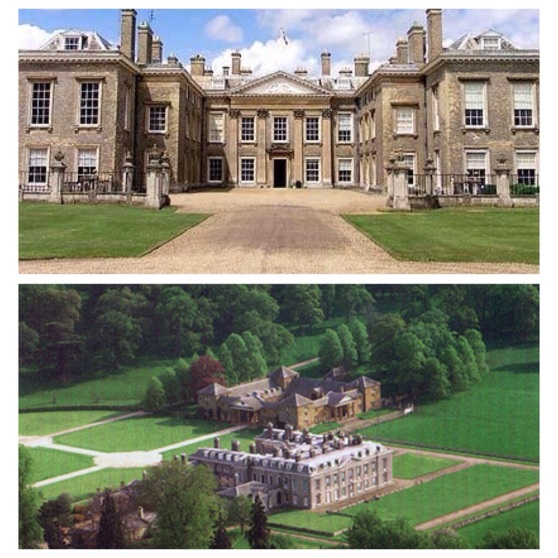 Althorp is a stately home and Estate in Northamptonshire, England of
about 13,000 acres. It is about six miles northwest of the city town of
Northampton and about 75 miles northwest of central London. It has
been the home of the aristocratic Spencer family for over 500 years and
has been owned by Charles Spencer, 9th Earl Spencer, since 1992.
It was also the home of his sister Diana, before her marriage to Charles,
Prince of Wales.

After a very pleasant ride to Althorp, our driver James gave us some
details and bid us farewell for as long as we wanted to take to tour
the estate. The first thing I was surprised at was the size of the home.
I knew Diana came from a very influential family and lived as such, but
I don’t think I was prepared to be this impressed.
The estate encompasses cottages, farms, and woodlands which combined,
gives a rich mix of landscapes, habitats and activities.

The first thing you notice as you enter the house is the huge grand
staircase with wonderful art work surrounding it on both the upper
and lower floors. At the top of the stairs is a portrait of Princess
Diana that used to hang in Kensington Palace and also a portrait
of her brother, Charles Spencer, hanging right next to her. The house
has some fabulous paintings by several well- known artists, Rubens,
Van Dycks, and many more. There is even a Portrait Room filled with
the Spencer family dating back over 500 years.

The Library with its vibrant colors. A striking beautiful room along with
the Dining Room. 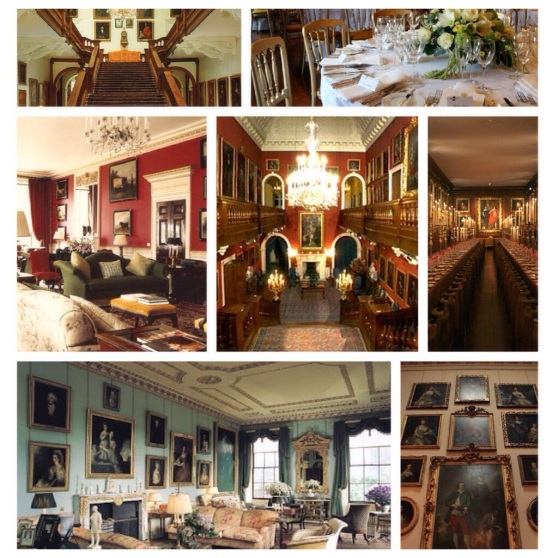 Touring the house was such a thrilling experience. We were lucky
and there were absolutely no crowds, so we were able to linger in each
room. The South Drawing Room was lovely as was the Picture Gallery.
I must say, this was an absolute delight to be able to walk through
the home that Princess Diana grew up in and became a young adult
preparing for her unknown destiny.

After Diana’s death, her brother Charles and the Diana organization
put together an exhibit of Diana’s dresses, her wedding gown, her
personal possessions from childhood and many other artifacts from
her short- lived life. He converted the stables into seven rooms that
would display this exhibit in a loving and caring tribute. I have seen
this exhibit as it traveled around the United States at least three other
times, but seeing it here, her home, made it all so much more special.

The white Catherine Walker gown was dubbed the “Elvis Dress” by
some of the British press, and was worn on a Hong Kong tour in 1989.
It is my personal favorite. I own a Franklin Mint Princess Diana doll
with this exact dress and tiara, it is beautiful.

“Few people have had an impact on fashion in the same
way as Princess Diana. As a public figure, the Princess’s
dress style was closely scrutinized by the press and the
public. As a young Princess, her clothes were romantic
and demure but as her confidence grew, her style developed
into that of an international celebrity, glamorous, elegant,
and completely her own”. Diana, Fashion and Style

After going through six wonderful rooms of dresses, pictures, home
movies, and childhood possessions, you dramatically enter this room
where you cannot help but gasp at the beautiful gown that is encased
before you. With its 25 ft train, done in an ivory silk taffeta and antique lace, it would truly capture ones attention for its beauty and regalness,
fitting for a Princess.

The wedding dress was designed by David and Elizabeth Emanuel and
was described as a dress that “had to be something that was going to
go down in history, but something that Diana loved”, and one which
would be “suitably dramatic in order to make an impression”. Diana
personally selected the designers to make her wedding dress, as she
had been fond of a chiffon blouse which they had designed for her for
a formal photo session. The dress had hand embroidery, sequins
and 10,000 pearls with antique hand-made Carrickmacross lace.

“Diana was the very essence of compassion, of duty,
of style, and of beauty”. Charles Spencer

“I don’t want expensive gifts, I don’t want to be bought.
I have everything I want. I just want someone to be
there for me, to make me feel safe and secure.
Princess Diana

Walking out of the exhibit and estate approaching the burial site for
me was so serene. For me it was like a Royal pilgrimage. I was a
follower of Diana and this for me was pretty sacred.

Diana, Princess of Wales, was buried on a small island in the middle of
the ornamental Round Oval Lake, created by Teulon in 1868. The island
was decided the best place for her to rest because the water would,
according to Spencer, “act as a buffer against the interventions of the
insane and ghoulish, the thick mud presenting a further line of defense.
We all agreed that, with its beauty and tranquility, this was the place
for Diana to be”. Her burial place is marked with a white memorial
plinth and urn.

A Doric-style temple with Diana’s name inscribed on top is situated
across from the lake, as a place where visitors can lay down their
floral tributes to the Princess. It contains a black silhouette of her
in the middle, set in white marble. One tablet displays a quote from
Diana about her charitable work and the other holds Charles Spencer’s
concluding tribute at her funeral at Westminster Abbey.

After spending time at the burial site, we had lunch on the grounds
and decided to go through the gift shop, where to our surprise was
Charles Spencer, greeting guests and autographing his book. Well
of course I had to buy the book, and yes had a conversation with
him as he was signing my book. He was nice looking in his powder
blue dress shirt, with a kind and gentle demeanor. I was able to tell
him how much I admired Diana and how much the world would miss
her. 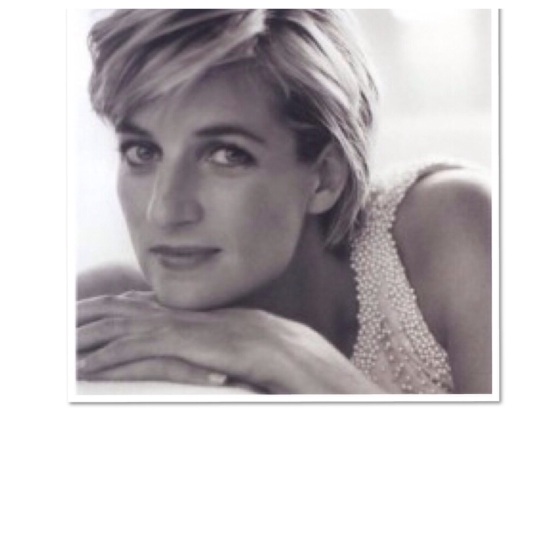 “Carry out a random act of kindness with no expectation
of reward, safe in the knowledge that one day someone
might do the same for you”
Princess Diana

I want to say that I was ever so fortunate to see this exhibit as many
times as I have, but especially to see it in England, at Diana’s home,
Althorp. Today because of Diana’s will stating that all her possessions
go to her children when her last child, Harry, turns 30, the exhibit has
closed at Althorp. The many many thousands of us that were lucky
to see the exhibit only know to well how much it will be missed.