Having been up for more than 24 hours the day before, we managed
to sleep in this morning without even trying. After a quick cup of
cafe creme at the hotel, we finally hit the streets of Paris at 11:30 a.m.
Staying a few blocks off boulevard Saint Michel, I remembered from
my last visit that there was a Monoprix store right on the boulevard,
proving to be a real convenience during our stay.

Monoprix would be considered our Target store in the U.S. They sell
everything you can think of including a great eating area, where you can
purchase anything from fruit, ready-made sandwiches, wraps, salads,
drinks, cheese and even an assortment of different pastries and croissants.
We decided to stop here for a quick-lunch, as the day was almost half
over and we had just begun our day.

The Cluny Museum houses important medieval artifacts from the seventh
and eighth centuries. Being so close to our hotel this was a must see.
In all my visits to Paris, I had never been to this particular museum and
had always heard about the beautiful Lady and the Unicorn tapestries
from the late 15th century. We decided to take the English tour which
was very interesting. Walking amongst the statues, paintings, and
six beautiful tapestries was a real treat, but seeing the world’s oldest
Latin Bible and the original statues from Notre Dame Cathedral was a
real surprise.

After a major cleaning and restoration these magnificent 15th century
tapestries are considered the Mona Lisa of woven artworks. Having
inspired many novels and songs, along with being featured in Harry
Potter movies, these tapestries that represent the five senses, have
intrigued not only historians but all that experience the delight in viewing
them with their beautiful colors and message. The sixth tapestry bares
a motto “A mon seul desir” (To my only desire) is depicted in the 2003
Tracy Chevalier novel, The Lady and The Unicorn. 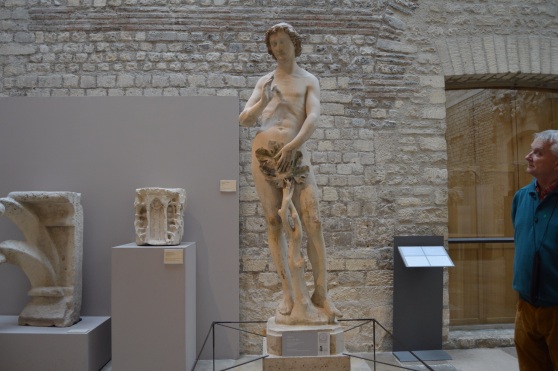 This statue of Adam was originally inside Notre Dame standing along
side a statue of Eve, which has been lost. Adam now stands alone in
The Cluny Museum. 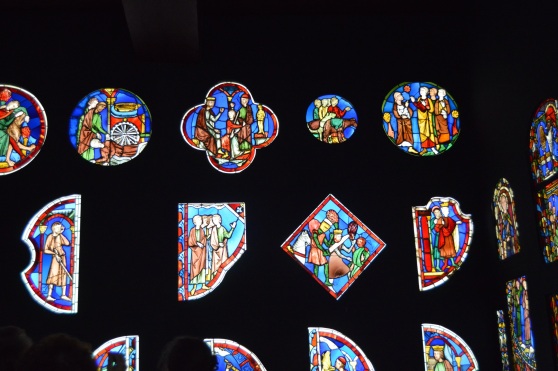 Beautiful stained glass from many centuries ago, including some that
were originally in San Chapelle.

The gothic ceiling in the Cluny Museum.
I will say I really enjoyed this museum. For years I have bypassed it and
am so glad I took the time to go through it. The tapestries are truly
outstanding and we were very lucky to have seen them, as they have just
gone back on display after major restoration.

After leaving the Cluny we decided to walk over to the Ile Saint-Louis,
another one of my favorite areas in Paris. This elegant island neighborhood
is connected to the rest of Paris by four bridges to both banks of the
Seine River. It is considered one of the most authentic and unaffected the
17th- and 18th-century neighborhoods of Paris. The island’s Main Street
consists of a handful of very nice hotels, several shops, many restaurants
and cafés. I have been lucky enough to have stayed here on two different
occasions and have totally loved it. Even though it can get crowded, it
still can be serene and peaceful away from the Paris crowds. 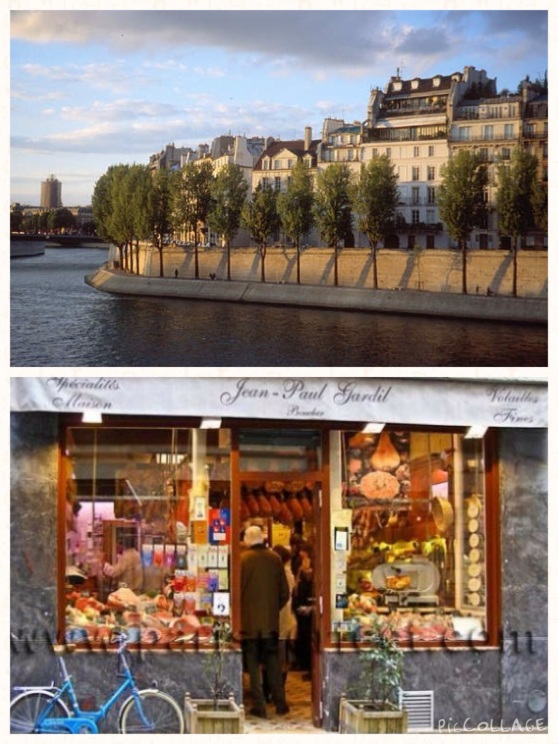 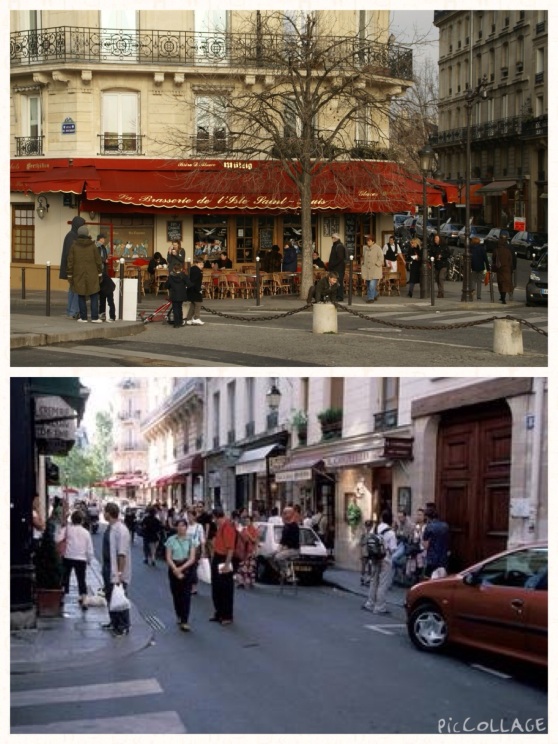 We explored the area, going in and out of many shops and just admiring
the beauty of the buildings standing so elegant in the beautiful fall day.
What tales these streets and buildings could tell. I think that is what is
so intriguing about Paris to me, not only its history but the people who
have lived it through the years.

As night has approached the lights of Paris are brightly shining and it
truly turns into a magical sight. Passing Notre-Dame with all the lights
aglow was beautiful. It is true, this is the City of Lights. 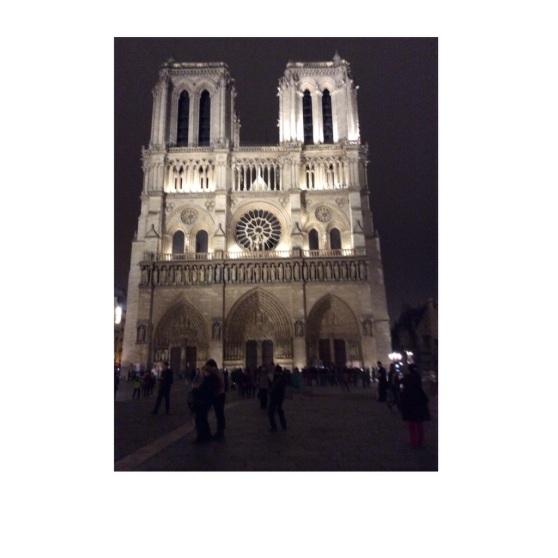 More photos and tales of Paris to come – Au revoir