A couple of weeks ago I went on another road trip, this time to Delaware.
I had an agenda for this trip. I had tickets to a Downton Abbey Costume
Exhibit, I would tour through two mansions and gardens, and see the
beaches of Delaware. All would be accomplished. 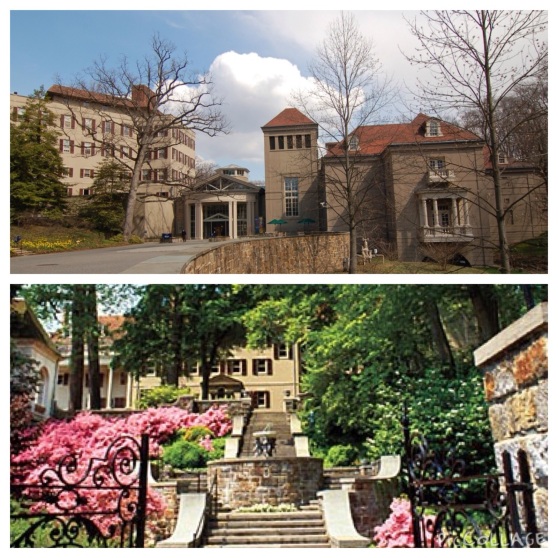 Winterthur Museum and Gardens is situated on 979 acres near Brandywine
Valley, with 60 acres of naturalistic gardens in the state of Delaware.
Owned by Henry Francis du Pont from 1800 to 1969, the generations
of du Ponts would continually add wings of rooms to the home, making
it the elegant and beautiful museum it is today. With 175 period rooms
and over 85,000 pieces of antiques and objects, it is surely a museum
or mansion worth seeing.

Winterthur is the only host to the costume exhibit of Downton Abbey in
the United States till January 4, 2015. It is famous for its exhibits and
usually always has an important exhibit running through several months.
After seeing the costume exhibit (which I already wrote on) we jumped
on a tram through the vast acres of trees and garden areas surrounding
the museum. 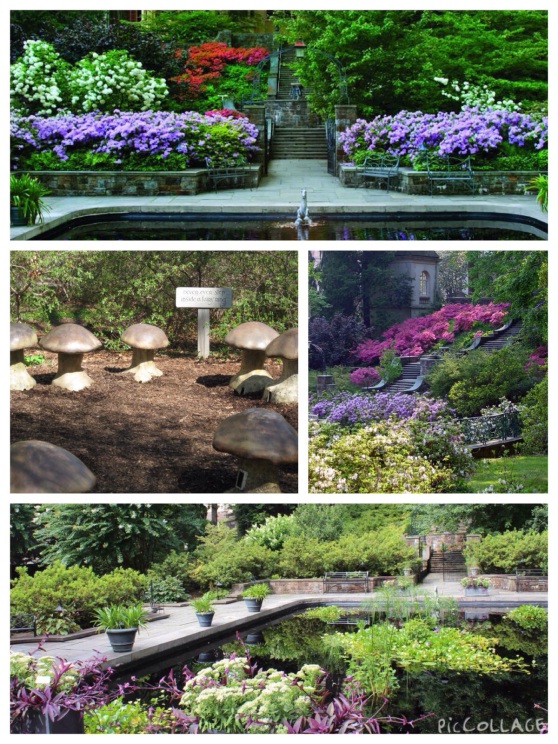 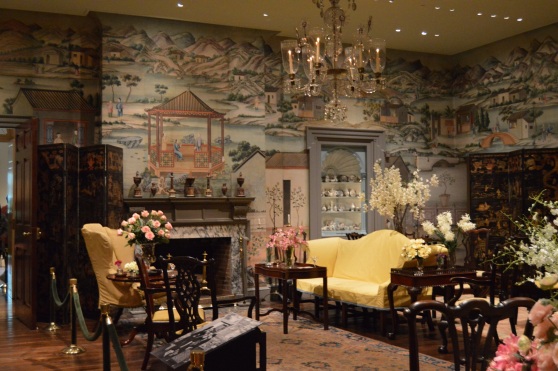 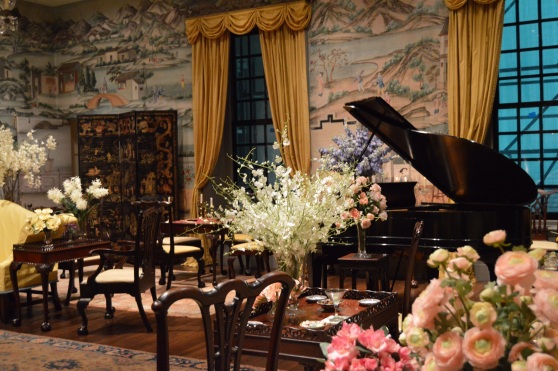 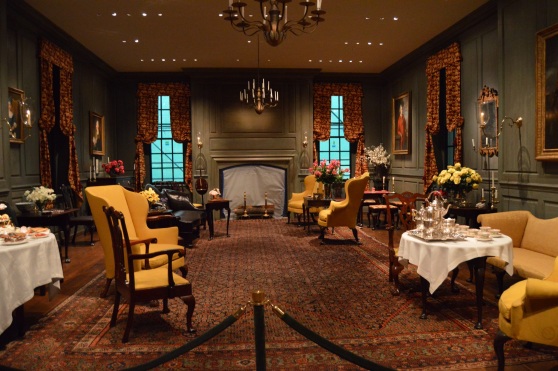 The Marlboro Room where the du Ponts would have afternoon tea with
its beautiful woodwork and family portraits. Another beautiful room. 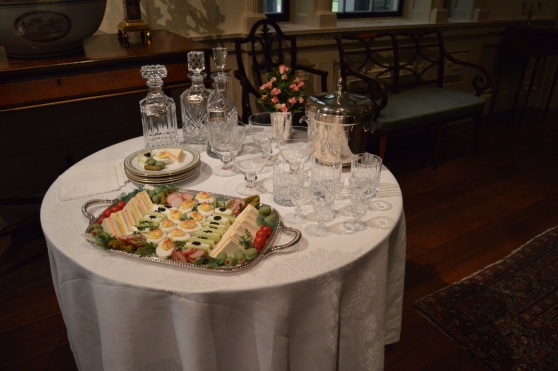 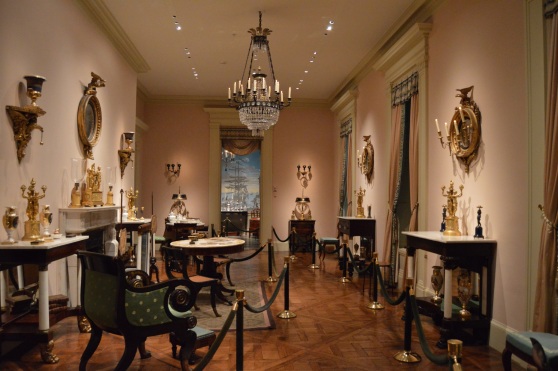 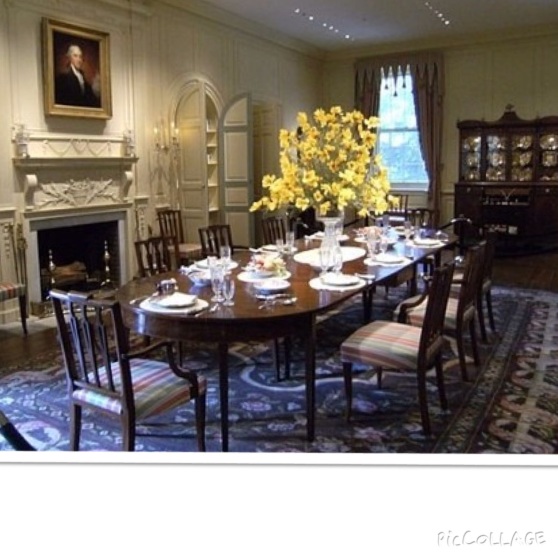 The dining room is set with bouquets of flowers and color-coordinated
linens to match the seasons, with a portrait of George Washington watching
over the family meals. 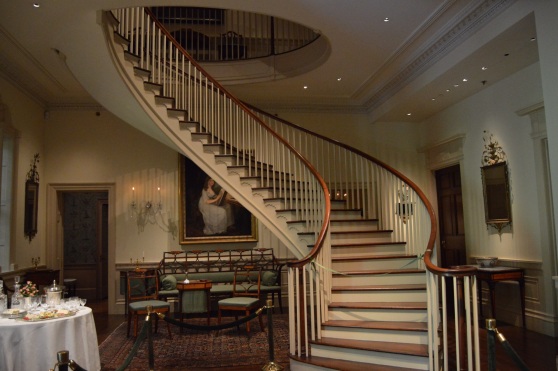 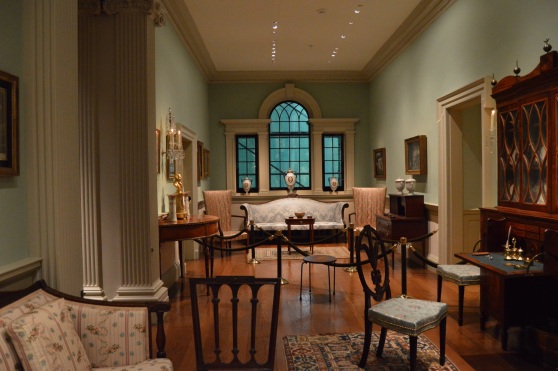 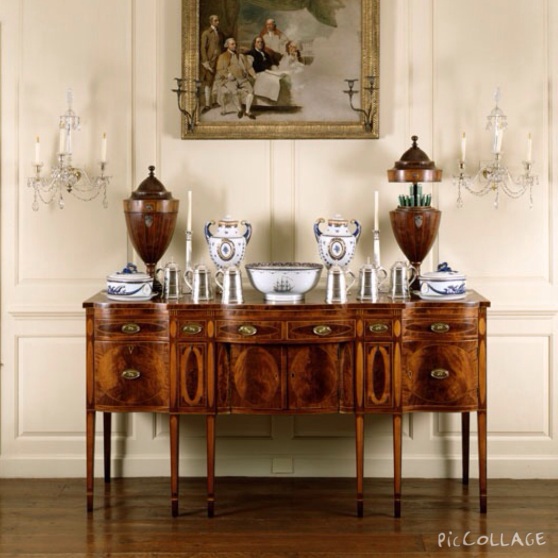 This is a beautiful sideboard in the dining room with two urn-shaped
knife boxes and six silver tankards made in 1772 by Paul Revere.
Notice the unfinished painting above the sideboard by Benjamin West,
American Commissioners of the Preliminary Peace Negotiations, not sure
why it was never finished.

In traveling through Delaware it becomes very obvious that the du Ponts
of Delaware dominated this state, making it what it is today. The DuPont
Company was founded and this family became a dynasty that would not
only influence Delaware, but all of the United States. From factories,
libraries, art collectors, gardens, and many more accomplishments, we
can all enjoy the rewards.

Delaware is a beautiful state. From the sophistication of the northern
part to the beautiful beaches in the southern part of this state, makes it
truly an enjoyable and pleasant visit.