It wasn’t until my last trip to Paris that I began to finally find
something about this beautiful city that upset me, made me
yearn for the old Paris, before the lovelocks took over all the
bridges in this dazzling and captivating city.

When I first arrived in Paris I remembered thinking, “isn’t this
sweet”, how romantic that lovers would write their names or
initials on the locks, attach to the bridge and throw the key into
the Seine, vowing their love forever. This lovelock craze has taken
over almost every bridge in Paris. 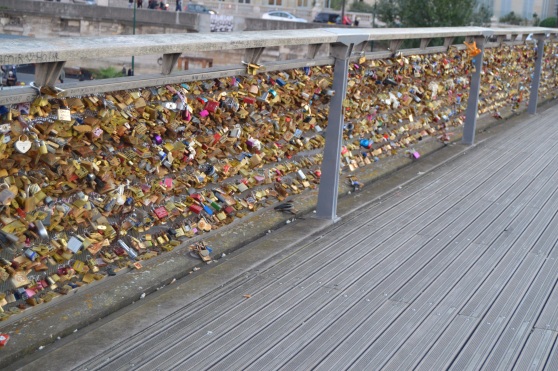 This tradition started around 2008, shortly after a young couple
in Italy began attaching padlocks to the Ponte Milvio, a bridge over
Rome’s Tiber River playing out a popular Italian novel. After
Rome started banning the locks, people from all over Europe
started coming to Paris and this is the results. 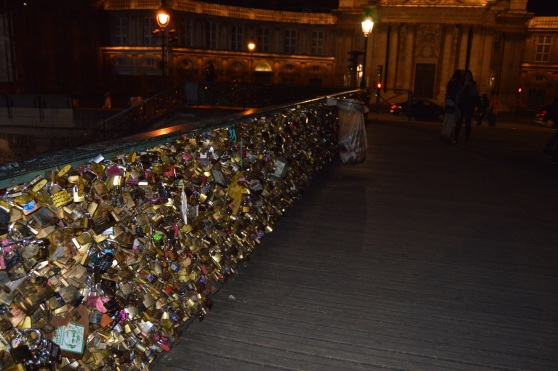 As I walked along the bridges, I must say that I have to totally agree
with the residents of Paris, they are certainly unhappy, as the
Parisians see the locks as a tourist gimmick that damages the
legacy of the city’s architectural history.

These lovelocks are spreading throughout Europe and many cities
have removed them along with banning them altogether. These
cities include Dublin, Florence, Venice and are now spreading to
New York City, Las Vegas and Atlanta, GA. 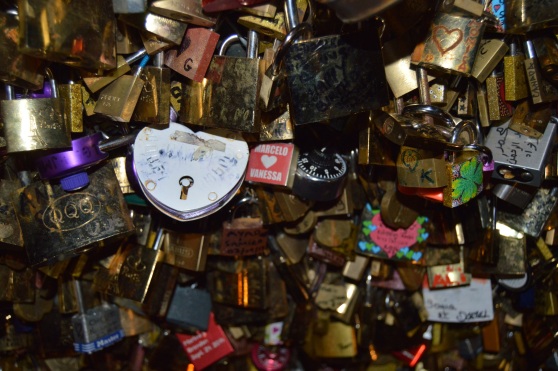 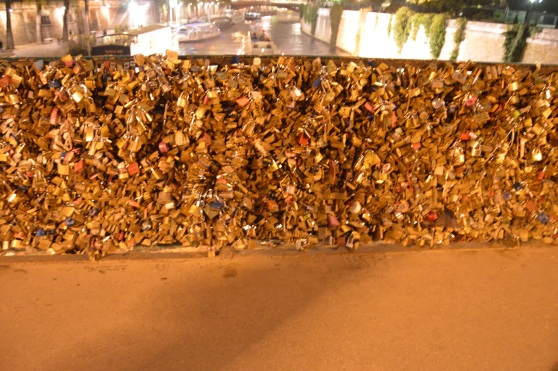 In September 2014 the French Government issued a ban on the
locks due to the damages causing part of the railings of the bridges
to collapse. They are slowly replacing the panels with a thick
shatter-proof glass in the hope this will work.

The Pont des Arts is a lightweight pedestrian bridge with over 1,102.3
pounds of extra weight on the panels from the locks causing the
collapse of the panels.

I love Paris and it was very disturbing to see the destruction of the
locks to the beautiful bridges that line the Seine so majestically for
so many centuries. I understand that this is a romantic gesture for
couples to express their undying love for one another, but not at the
risk of destroying a part of history that is Paris. There is so much
beauty in this city and coming here for so many years, I can’t help
but remember when the bridges were free of the locks and all you
would see from the bridges would be the magic of Paris surrounding
you.