It was Henry Ford that said, “I am collecting the history of our
people as written into their hands, made and used. When we
are through, we shall have produced America’s life as lived,
and that, I think is the best way of preserving, at least a part
of our history and tradition”.

Another favorite of mine in Michigan, is the Henry Ford Museum.
I had the opportunity to go for the first time in several years and
so enjoyed it. They still have some of my favorite exhibits, along with
several new ones. The museum was built-in 1929 and located at
20900 Oakwood Blvd., Dearborn, Mi. 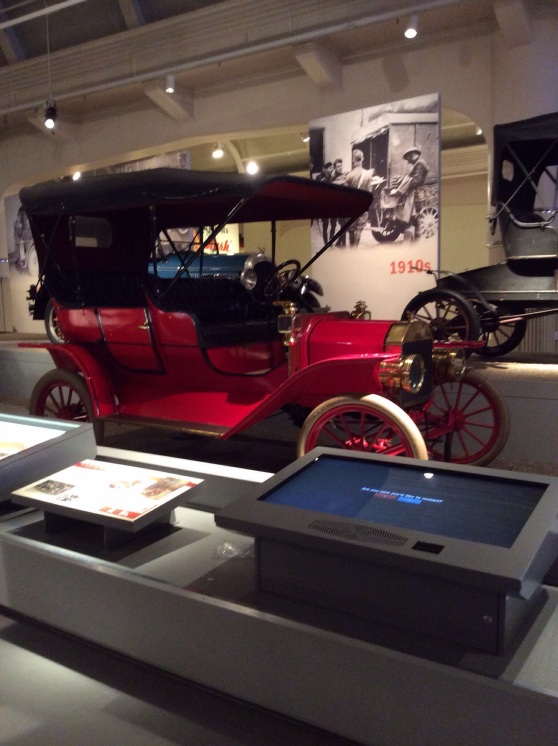 The Henry Ford Museum began as Henry Ford’s personal collection
of historic objects, which he began collecting in 1906. Today the
twelve acre site is a collection of antique machinery, pop culture
items, automobiles, locomotives, aircraft, and many other items.
The museum also has a large IMAX Theater which features films
of all types. 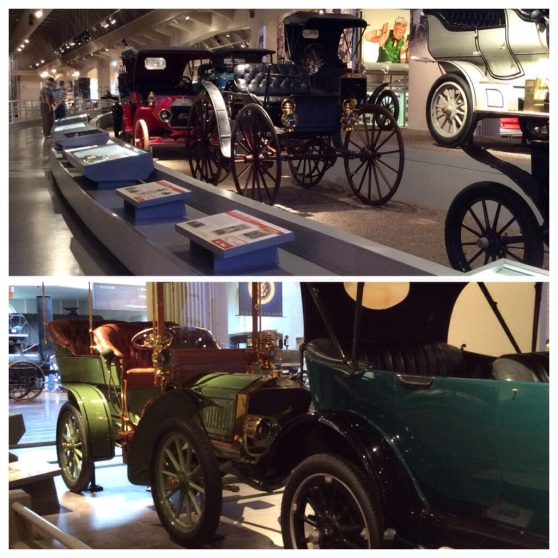 The museum is filled with vintage Model T’s, including a 1896 Ford
Quadricycle. 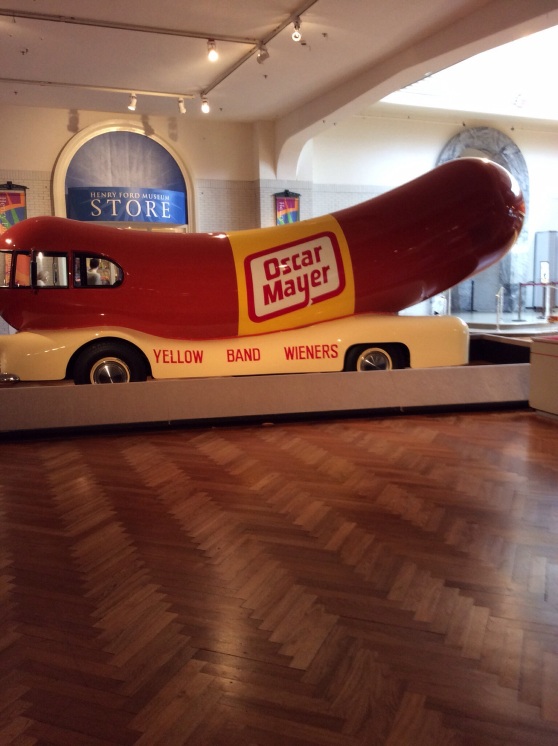 The bus on which Rosa Parks refused to give up her seat, leading
to the Montgomery Bus Boycott.

The 1961 Lincoln Continental, SS-100-X, that President John F. Kennedy
was riding in when he was assassinated on November 22, 1963.
Other limousines in the exhibit is, The Ronald Reagan Limousine,
Dwight D. Eisenhower, Bubble Top and Franklin Roosevelt’s,
Sunshine Special. 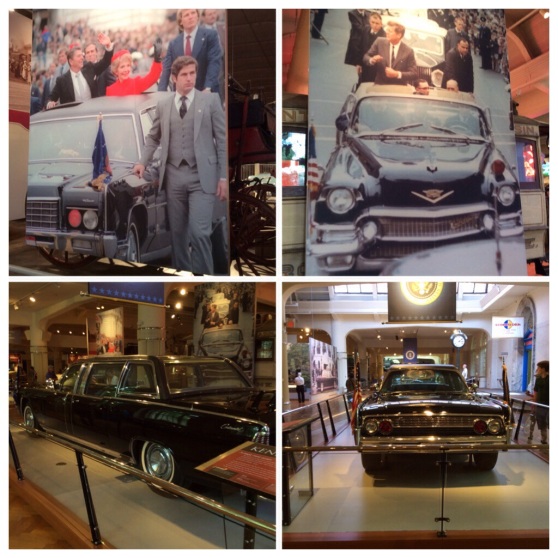 The Driving America, is a fun exhibit that features some of the
original signs highlighting some of America’s favorite pastimes.
The McDonald sign I remember, oh so well, as it was at the Madison
Heights, Michigan location that was near my house and where we, as
young teenagers, would hang out. Ahh memories. It was donated
to the Henry Ford Museum in 1986.
The portion of the original Holiday Inn Sign.

A replica of a Texaco Station from the 1960’s, complete with the interior
duplicated as it would have been in those days.

President Abraham Lincoln was sitting in this rocking chair during the
performance of Our American Cousin at Fords Theatre, when he was
assassinated on April 14, 1865.

I walked around this museum really struck by the historic treasures
that The Henry Ford Museum has collected through the years.
You might think these should be in the Smithsonian’s Institution,
but this wonderful museum, in Dearborn, Michigan, proudly has
obtained them and proudly displays them.

Driving America Sign outside a theatre in the museum. The two
different types of lodging that really no longer exist, taken over by
the newer, more modern hotels of today. The Buckminster Fuller’s
prototype Dymaxion House, developed in the 1940s, this prototype
is a round structure with innovative features, including revolving
dresser draws.

This was one of my favorites. Who doesn’t love a Diner. This is
Lamy’s Diner from the 1940s in Malborough, Massachusetts. A 40
seat diner that was opened from morning till after midnight. In the late
1950s, the diners were being taken over by larger establishments.
In 1984, The Henry Ford Museum purchased the diner and in 1987
it opened to the public. This immaculate nostalgic diner now serves
light lunches in the museum. 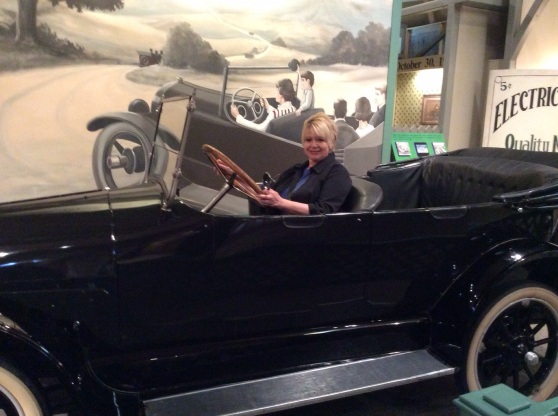 A 1917 Overlander made in Toledo, Ohio, the second largest selling
car with an electric starter at a cost of $660.00. When the Model T
came out at $350.00, the average worker was much able to afford
the Model T, and sales declined for the Overlander, eventually stopping
production on this car.

This museum has so much to offer everyone, no matter what age
group you are in. Visitors from all over come to The Henry Ford
Museum, along with the village, (I will write about the Village soon) to
share in the historic memories and walk the streets of yesteryear.

The kitchens of yesterday,